Let’s talk about Steve a bit here. I may appear a bit negligent in elaborating on my suspect because EAR/ONS came to overwhelm my investigating time. But I had continued my investigation since 2012, though slower and haltingly because of the problems of getting undeniable proof, not “daddy did it” proof.

I had settled on Steve Wilcox long ago as the prime suspect. I introduced him as “Steve Beard” on my website as I continued along. The odd chance might happen that more information would be offered by someone who recognized the picture I had up. This never happened, but the whole idea of a new suspect in Zodianna thrilled those in the Zodiac Community.

Ironically, or perhaps not, he did not attain any high profile. I said I was using an alias, as I was still investigating. By 2012 ZODIAC was in the tank of popularity as well. Steve didn’t match the folklore either. My purpose in my ZODIAC section on my website was to relay the foundation of the true case and perhaps garner some more information. It was not a tool by which to communicate with the Zodiac Community, though some very nice overtures were made to me.  Steve was greeted with a shrug perhaps, and there was expressed consternation why I had such a different take on the crime spree.

The entire web section at the Q Files was necessary to erase the folklore that had come to dominate the subject and thus open the door to the real ZODIAC. An example of how false the information had hitherto been, it had led one enthusiast in New Jersey to make a big deal about Kjell Qvale being the ‘Zodiac’ Killer. He was an exclusive car dealer and importer in San Francisco, in many ways the inspiration for Thorndyke in the Lovebug.  Qvale should never have been a suspect. He was 50 years old at the time, and though he lived in upscale Presidio Heights nothing else fit. He seems to have resembled the San Francisco composite of ZODIAC, but this composite was known to be quite inaccurate. Balanced with other data, The ZODIAC was known to be under 6 foot tall and to be quite heavy.  ZODIAC was also between 25 and 30 years old, and more than one witness confirmed his young voice.

The last thing I should ever want is to be involved in a fiasco like that, at least over such an impossible suspect.

The same can be said for Bill Grant. He was a nasty character, stalker, and was truly part of the inspiration for the legends in Vallejo about Dee Ferrin’s stalker. But he too was 50, and despite having mastered cryptology during WWII he was a poor fit. Study of ZODIAC’s cryptograms revealed ZODIAC was not an expert in code.

At an opposite is my suspect– Steve. He was an original person of interest, but he skirted the dragnet. He had no connection to Dee Ferrin, and at that time Vallejo PD most certainly labored under the belief that she had known her killer. Whether ZODIAC killed her intentionally or she was simply in the wrong place at the wrong time it didn’t change the fact that it seemed there was a connection between the two. Finding her mysterious stalker, backtracking her life, should help reveal the infamous ‘Zodiac’ Killer.

Steve’s connection with Vallejo wasn’t much. It was with the backroads. It was one of small game hunting. The backroads of Vallejo here– Lake Herman Road and Columbus Parkway were and are major arteries between the highways. It didn’t require being a local to know them. 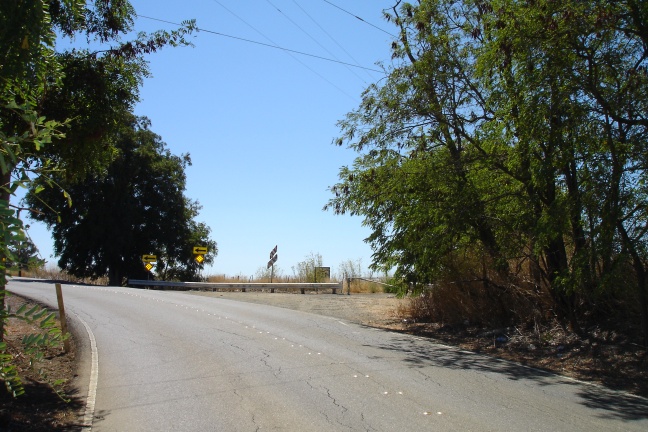 Steve lived an hour away in Sacramento. He was recently released from the Air Force because of an extended trauma. Vallejo PD probably never pursued him that far to uncover any such information.

Steve remained the unsuspected until me. Over the last 4 years I have uncovered many incriminating coincidences. They are more than exist against suspects in other books, but I have learned legalese. Legally they are of no value. They tend to create suspicion. I needed the silver bullet. But these led to the location where I could find it.

Having Steve as a prime suspect now, I realized something else was forming. I was not getting any more clues or evidence, but with Steve I was able to reverse engineer and make sense of some of ZODIAC’s false clues.

I learned of his short stint in the corrections system, and thus I could understand why ZODIAC would know about Deer Lodge Prison in Montana. I learned of the ongoing Bay Area connection, his schooling, his upbringing. He was, in fact, one of the few at that time outside of avionics who would have known what a radian was. I began to suspect a clever killer, one whose sophistication did not go into the execution of his crimes but into selecting locations and then in covering his trail with his publicity campaign.

Let’s face it, by writing each letter, each cryptogram, he was giving potentially incriminating clues.  It was only in licking the stamps that he may have made his fatal mistake. Everything else he covered.

In overlaying what I had learned about Steve, I discovered how clever ZODIAC had been . . .if I was right that it was, in fact, Steve. Steve didn’t like English patter songs like those written by Gilbert & Sullivan. He liked Grand Ol’ Opry, and perhaps this is why he knew of the British comic operetta The Mikado. But country/western was more to his liking than anything British.

Throughout ZODIAC’s letters he dropped hints of British influence. But they weren’t too deep. “Happy Christmass”; “kiddies” is dubious; “Blue Meanies” simply meant he had watched the Beatles in Yellow  Submarine. There was superficial Britishness. Nothing more. But it was the exact opposite of his true tastes in Grand Ol’ Opry.

Equally he had dropped an expression that indicated some contact with Texas. He had a cadence that indicated a different dialect. Steve grew up in Kansas and was trained and stationed in Texas during his Air Force career.

If Steve was our man, then subtly but surely the coincidences were revealing a Midwesterner using superficial British to disguise his origins. It really seems like basic strategy. He knew he was going to write letters. We know he laid false clues repeatedly. But they follow a pattern only when overlaid on Steve’s life and background.

We will look more at these in another post.

Since 1990 Gian J. Quasar has investigated a broad range of mysterious subjects, from strange disappearances to serial murders, earning in that time the unique distinction of being likened to “the real life Kolchak.” However, he is much more at home with being called The Quester. “He’s bloody eccentric, an historian with no qualifications who sticks his nose into affairs and gets results.” He is the author of several books, one of which inspired a Resolution in Congress.