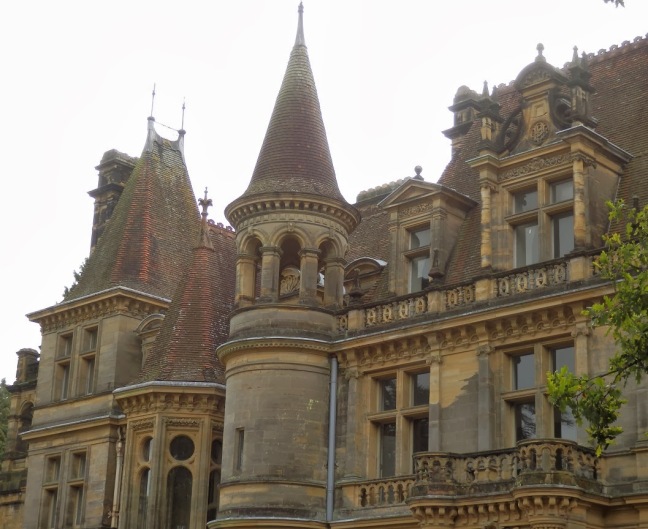 I introduce this autumn season with an excerpt from my upcoming Amityville Horror book. . . .We will deal more with this form of quest in the future, so I think it best to lay a foundation for interpretation.

“All hauntings are subjective. That is why they are so frightening. They are the cumulative result of the interpretation of events the participants feel are unusual; the more unusual the more they will be interpreted as naturally impossible. There can be no other interpretation to the naturally impossible but to believe that it is supernaturally possible— to be explicit, an intelligence is behind them. With this we have now tread into the theory of the supernatural as the explanation.

If true hauntings were like their movie personas there would be little to fear. If ghosts were easy to see moving about a home in their routine, they would soon be nothing more than a botheration. If Sir Percy carried his head under his arm nightly while moaning in the passageways one would grow tired of him. There would be no fear. It would simply get to be too much. We’d pack our traps and move out in a huff. Fear would long have been vanquished and replaced by irk at the inconvenience of it all.

An unseen enemy or potential enemy is what we fear. Fear is in the present. It can be dealt with. Anxiety, however, is over the future. It grows more intense. We do not fear what we do not know as much as we fear what might possibly be. Fear of what is will eventually subside. But fear of what is to come is what truly haunts us.

By no means am I minimizing a haunting. Nor is this an endorsement that hauntings are caused by supernatural forces. I am underscoring that the interpretation of the effect and not the cause is the source of the haunting within us. Whether the effect was set in motion by an unknown natural phenomenon or, indeed, by a supernatural entity, there is no difference. We are left to interpret otherwise ambiguous but abnormal effects. And it will be our interpretation that sets us on edge.

Knowledge builds upon knowledge. In all things, data adds to the interpretation of more data. The human mind cannot stop the process. A few strange sounds in an old house might be unnerving, but when added to yet more unexplained events— cupboards found open, doors that slam on their own— and we begin to ponder and try to add it up. Mixed with our personality, our conclusions will drive us to action.”

I believe it is essential to understand the subjective nature of all true hauntings because the essence of the haunting is within us. It is not possible to understand such famous cases as the Amityville Horror otherwise. Nor is it possible to truly investigate a “haunted house” if one is looking for overt external stimuli.

The current case of The Westfield Watcher is an excellent example and a study of it will impose upon all who partake of it what the true nature of a haunting is like upon those who experience it.

The case is not a supernatural one, of course. The “entity” in this case is flesh and blood, but he/she is using the principals of a haunting coupled with those attributes of terror only a stalker can impose upon us. By writing odd and disquieting letters to the new owners of 657 Boulevard in Westfield, New Jersey, indicating that he “watches” the house and is perpetually entrusted to do so, The Watcher has scared the family out of their large Dutch colonial and made it certain no one will want to buy it.

The writer has carefully thought out their gambol of fear. The family children have been referred to as “young blood.” There is no overt statement of harm (at least that we know of), but The Watcher craftily worded the statement: asking if they have filled the house with “young blood” like he had requested.

The Watcher claims to be the third in his line to watch the house. His grandfather watched it, then in the 1960s his father took over the duties, and now this present watcher is obliged to do so.

Naturally, the letters coupled with the inference The Watcher will continue to stalk the house has driven the family into a financially difficult situation. They don’t know if the writer intends to visit the house. No one wants to go to sleep thinking they should awake to see a madman standing over their bed. The worst thing is the family has children.  Put yourself in their situation. No one knows where a stalker may strike. Your children could be walking to the corner to catch the bus. This madman could come to school and persuade the kids to leave with him.

There are any number of scenarios. We need not hear from the parents, Derek and Maria Broaddus, in person to know what must be going through their minds. Fear tortures. The probability that this is just a letter-writing crank doesn’t assuage the fears I’m sure. Who really knows? And, once again, terror lies in the anticipation, not in the mournful aftermath.

The Watcher was thought to have been a crank who only briefly terrorized the family back in late 2014 to early 2015, when he or she wrote 3 letters of such a “disturbing” nature the family became paranoid. Then it was learned that a few days before closing the deal, the previous couple had received a letter, the nature of which we do not know. A lawsuit is ongoing between the two families.

In the long history of the old home it has been passed along to the next family for $1. This is, of course, until the Woods bought it. They had no issues until they sold it to the present family, the Broadduses. It was they who received a latter a few days before closing the deal, and they didn’t think anything of it.

Vacant and quiet. The “for sale” sign is dwarfed by the ancient trees. It’s a “no takers acres” because of the bizarre and mysterious “Watcher.”

The letters to the Broadduses are, however, not the stuff one forgets. And now they are not confined to a few years ago. At the beginning of this year The Watcher wrote again.  The letter’s contents are withheld, but it is worse and more “disturbing” than the previous letters. The Broadduses can’t sell the property. They have rented it, but they want to destroy this old “stigmatized” house and the Planning Board won’t let them.

The only solution, of course, is to expose The Watcher– discover who this terrorizing crank is. The stigma is gone. No one need fear buying the house and thinking this jacket job will write more letters or one day pop up in the basement.

The clues are there that The Watcher knows the odd history of the house and how it was passed along. From what has been released, The Watcher knows not to make overt threats, reflecting the Watcher’s understanding of the legal complications should they be exposed. The Watcher has also worded things in such a manner that the Broadduses are not the object of his attention. Rather, it is the house. Thus he has stigmatized the property and not the family. But he has also made it impossible for the family to sell the house. Thus it seems that perhaps the family is the object of The Watcher.

Some think it could be an old real estate enemy of the family. But it may be a member of one of the previous families that didn’t care about the rumors the Broadduses were going to do a lot of renovation to the old house. The Watcher has even asked if they have found something in the “walls” of the house.

I will go over the letters in more detail in following posts to see if this does not help us expose this very calculating suburban terrorist of Anywhere USA.

It was more website redesign that caused me to take down the pages on the Case of the Westfield Watcher than the lawsuit threats. I was threatened repeatedly with lawsuit over the article on my site, the claim being I infringed on copyright of a photograph. The haunting case, though it is on the backburner of the topic of strange and unique true crime incidents, obviously has left an indelible mark on my mind.

It’s a case that can and should be solved. I grew up in an old home, and the thought of this beautiful old Dutch colonial in New Jersey being destroyed is terrible. And the new owners (since 2014) have wanted to do that in order to build two different homes on the property and then dump it. That’s how bad they want out of the property.

The case is unique, of course, because it combines the elements of crime– a stalker writing disturbing letters– and a haunting; there is something within the house and a part of its strange past that the “Watcher” is a part of. The Watcher indicated he had watched the house, knew who was in what bedrooms, and even called the new owners’ children “young blood.”  Tests on the letters later uncovered a woman’s DNA, but not the new owner’s wife.

The letters are, in fact, not a stunt by the new owners. This year, soon after renters moved into the white elephant, a new letter arrived, more disturbing than the others. The Watcher knows when new people move in. He or she remains silent until then. “It” does not want the house remodeled, let alone destroyed. The Westfield Planning Board has refused to let the owners demolish the old house.

The Woods, who sold the house to the Broadduses in 2014, were the first to receive a letter, just before moving. They insisted it wasn’t threatening. The Broadduses believe they should have been told a stalker came with the house. They sued the Woods. Now the renters have received a letter. The Watcher is faithful to “its” claims. He or She watches the house. Their stalking intent is against those therein. It does not appear directed at any family, just those in the house at a given time.

I will recap and update the case in my next blog post.